The GET CONNECTED! WYEDEAN FOREST RALLY, the first major event of its type in the UK rallying season, has attracted a capacity entry of 180 cars whose crews, service crews and supporters will be descending on Chepstow for the pre-event formalities on Friday 10th February.

The first car will leave the start at Chepstow Racecourse at 8.00am on Saturday 11th February and the honour of leading the field away falls to NEIL WEAVER & NICK THORNTON in their Vauxhall Corsa. They are contesting the Xspec 1400 Championship, contenders for which run at the front of the field on each qualifying round. Over 50 such vehicles will start the Wyedean at the beginning of what is bound to be yet another highly competitive season. 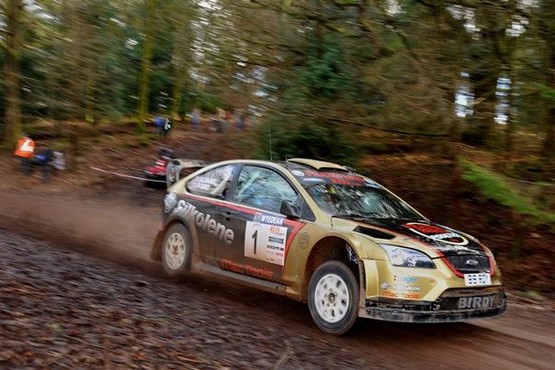 Eventual winner Paul Bird with co-driver Aled Davies on their way to victory in the Weir Engineering Wyedean Forest Rally in the Forest of Dean on Saturday.
Photo Chas Breton.

The 2005 Wyedean Forest Rally winners, DORIAN REES & PAUL WILLETTS, are back to defend their title in a Skoda Octavia WRC. Former event winner ANDY BURTON, a Wyedean favourite, is next up in his hybrid Peugeot Cosworth, while 2004 ANCRO National Rally Champion STEVE PEREZ (Ford Focus WRC) is using the event as a shakedown for the new season.

As the opening round of the Silverstone Tyres BTRDA Gold Star Championship, the Get Connected! Wyedean Forest Rally sees ROGER CHILMAN/ANDREW SANKEY (Mitsubishi Lancer EVO6) setting out on the long road to retain their title. They will face considerable opposition in their quest, not least from JON INGRAM whose Ford Focus WRC was giving the eventual Championship winners a hard time for much of 2005.

2006 sees the inaugural MSA English Rally Championship taking place, with the Wyedean playing host to the opening round. The ERC is a class-based series and could, therefore, be won by a driver from anyone of the six different eligible capacities. However, in terms of overall results on events, the front-runners are likely to be found in four-wheel drive machinery and include Chilman, RICHARD HILL (Mitsubishi Lancer) and JOHN BANNISTER (Subaru Impreza).

The Silverstone Tyres BTRDA Silver Star Championship, for two-wheel drive cars, welcomes 2005 Champions JAMES BELTON/EURIG EVANS (Ford Escort RS) back into its midst as they come up against their predecessors, PHIL & MICK SQUIRES, while ADRIAN STRUTHERS/PETE WOOD and WILL ONIONS/ TIM HOBBS will all be using Escorts for their respective campaigns. GORDON DAVIES is also returning in the Opel Manta that took Jon Ballinger to back-to-back Silver Star victories in 2002/3.

A DAY AT THE RACES!…

The entry list for the GET CONNECTED! WYEDEAN FOREST RALLY is rapidly filling up and, with such a high-class field taking shape, it is anyone’s guess as to who will be crowned the 2006 winners!

DORIAN REES & PAUL WILLETTS were victorious in 2005 and, while their names appear in this year’s list of starters, they have yet to nominate a car! Other former winners who have thus far, declared their intention to be in Chepstow include NIK ELSMORE (Mitsubishi Lancer) who took the title in 2001, BRIAN BELL/PAUL SPOONER (Ford Focus WRC) in 1999 and DAVE JENKINS/GRAHAM COX (Ford Escort WRC) who celebrate the tenth anniversary of their win this time.

As the opening round of the Silverstone Tyres BTRDA Gold & Silver Star Championships, the Get Connected! Wyedean Forest Rally organisers – Forest of Dean Motor Club Ltd – have received notice that both the 2005 Champions intend to defend their titles. ROGER CHILMAN/ANDREW SANKEY (Mitsubishi Lancer) set off from Chepstow Racecourse this time last year little knowing what the season would bring and now, twelve months on, they will be hoping for a repeat performance.

The Silver Star Championship, which caters purely for two-wheel drive cars, was very much the preserve of South Walians JAMES BELTON/EURIG EVANS (Ford Escort RS) in 2005. They took the title with a full house, six maximum scores, the first of which they achieved on the Wyedean. So, the burning question is, “Will they continue where they left off – or has someone got the measure of them this time?…”

The first car will leave the start at Chepstow Racecourse at 8.00am on Saturday 11th February and return at 2.45pm that afternoon.

The 2006 Wyedean Forest Rally, which takes place on Saturday 11th February, is to be sponsored by well-known mobile phone company Get Connected! The GET CONNECTED! WYEDEAN FOREST RALLY is the first major forest event of the season and is always extremely popular with competitors, providing them with the only opportunity in the year to sample rallying in the picturesque Forest of Dean.

Based, once again, at Chepstow Racecourse, the rally starts and finishes with a ‘Superspecial’ stage within the confines of the racecourse itself. For 2006 the stage, which is also being sponsored by Get Connected!, is in the process of being lengthened to almost two miles and the Abergavenny-based company has been instrumental in initiating the necessary groundwork. At the end of the day, the driver with the fastest aggregate time over the two stages will receive the Get Connected! trophy.

Get Connected! MD Damian Cole will be one of the competitors taking the start at 8.00am on Saturday 11th February in his Hyundai Accent World Rally Car but, as ever on the event, he can expect to be part of a very strong entry!

BTRDA Ltd are pleased to announce that they will be promoting the first MSA English Rally Championship. The Championship will be open to drivers holding a minimum of a Stage Nat B Competition Licence.

The Championship is based on seven ‘English’ forest stage rallies with a good geographical and date spread.

The scoring will reflect achievement against other registered competitors in the same capacity class and the level of championship competition in that class.

Points will be allocated as follows: –

In addition one bonus point will be awarded for each English Rally Championship contender beaten in the class up to a maximum of 5 points.

Vehicles must fit into one of the six Championship classes.

Class E6 Over 2000cc four wheel drive cars available before 1st Jan 1998 and not fitted with active transmission or suspension or sequential gearbox. (List will be available from Championship Co-ordinators).

The engine capacities stated are after multiplying the actual capacity by the forced induction equivalency factor of 1.7.  This does not apply to Diesel engines.

Awards will be presented to the highest placed team of 3 drivers from the same MSA affiliated Motor Club [excluding BTRDA Ltd].

The Championship Awards Presentation will take place in early December.

The Championship registration fee is likely to be £40 for Drivers and £35 for Co-drivers.  This includes full membership of BTRDA Ltd which is an invited club on each event.

The Championship web site will be a source of news, live event results and information about the MSA English Rally Championship throughout the year. 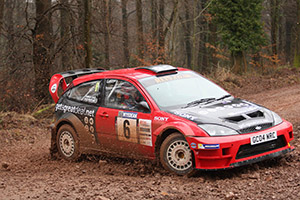 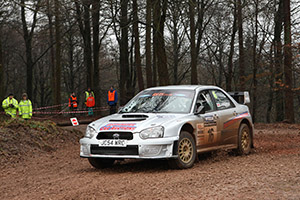 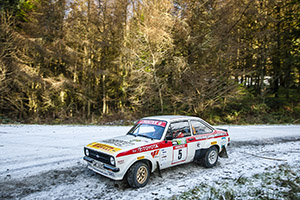